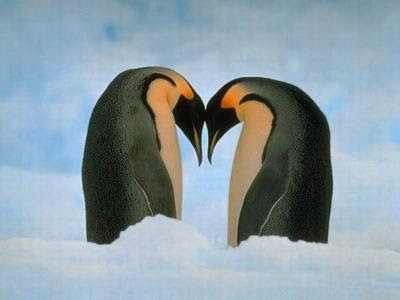 "When a penguin finds it's mate, they stay together forever."
The largest and the most beautiful of all penguin species, the Emperor Penguin is known for it's remarkable loyalty to it's mate. These penguins can migrate over 70 miles to reach breeding ground in peak winter season. The Emperor Penguin will travel miles in search of it's mate and then remain faithful to it for life. Even in the largest of their colonies, these penguins will call out to their partner until their find it. (Hence the quote 'Penguin Love')

The male and females share duties in order to take care of their offspring. Generally after laying the egg the females go looking for food while the males are left to care for it. Sometimes the females can be gone for two full months while the males make sure that the egg stays warm. While waiting for their partner to return, the male penguins won't eat at all. Females usually return once the egg is hatched and resume their caretaker duties.

Since the Emperor penguin lives in large groups, sometimes it becomes hard for the mates to keep track of each other. However, nature has bestowed them with a unique ability to communicate with a variety of vocal sounds and at various frequencies which allows them to hear each other.

The Emperor penguins are also very social. They often hunts together and most of their efforts are coordinated. Known as the warriors of nature, these penguins can live up to 20 years in the wild and are listed as the species that is least likely to get extinct any time soon.

Teaching kids to be kind to animals is as imperative as teaching them empathy, manners and sharing. While loving animals can come natura... 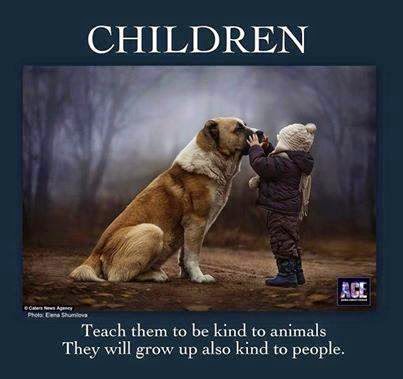 ACF (Ayesha Chundrigar Foundation) is a non-profit organization based in Karachi, Pakistan. The organization works towards rescuing and rehabilitating stray and injured animals and works with other marginalized communities that society normally ignores.